5G Networks - What's all the Buzz?

Did you know there are over 4 billion active internet users?

It's no surprise that this number only continues to grow every year. The number of users isn't the only number that grows annually - the speed of the internet has also increased over the years. 5G network technology has many differences from 4G. Keep reading to see the difference between 4G and 5G network connections and what this means for the future of the online world and our world.

5G Is Taking Over in the Near Future

5G is starting to take over its predecessor's place also known as 4G. When 4G came out it was welcomed with open arms because it made mobile internet speeds faster than the previous 3G. It also supported HD TV on mobile phones along with high-quality video conference calls. Although 4G is common throughout the world for everything from mobile apps to video conferencing, things are about to change again. Mostly in part because 4G won't be able to handle all the mobile connections that are expected by the year 2020.

Difference Between 4G and 5G

A difference that we can all agree will be a nice change, is no more congestion during peak hours. We have all seen our mobile devices with full bars but not able to access the web during rush hours. This is due to network congestion. 5G is going to eliminate this problem. It will become a thing of the past.

Most of the channels for 4G are 20MHz while 5G channels can be up to 100MHz. This difference in larger channels gives it a much broader highway. This also means that it will need larger and clearer blocks of airwaves than 4G needed.

Delay time also known as latency rate will be less with 5G. This means that the amount of delay between sending and receiving will go from 100-200 milliseconds (4G network) to 1 millisecond or less (5G network).This will feel almost instant. Keep in mind that our current 100 milliseconds from latency rate is fast. The average human reaction time is between 200-300 milliseconds. 5G is bringing this latency rate down to give us the instant gratification we humans LOVE. Sending and receiving information this quickly means that we can interact virtually with no lag. This means that playing a real-time first-person action game on your phone will be possible with 5G networks. We will be able to fly a drone or drive a car that's somewhere else with this type of reaction time.

Another major difference between 4G and 5G is the number of devices it can support in the same area. 4G can currently support about 4,000 devices per square kilometer. 5G will have the ability to support about one million devices in the same amount of coverage. Talk about raising the bars in the online world!

As 5G becomes more widespread it's interesting to think about its capabilities and future. 5G is what will make the scaleability of self-driving cars a reality. This may be difficult to fathom but, with a millisecond delay time, this is possible. One millisecond delay time means that a car will be able to react and communicate faster than the human reaction time of 200 milliseconds. This can mean fewer car accidents with such a fast reaction time. Fewer car accidents also mean fewer traffic jams or the end of traffic jams as we know it.

In addition, Internet of Things (IoT) for Industry will catapult to a whole new level. These industries are already embracing the benefits of IoT. This trend will only continue to become more advanced with the expansion of 5G.

Somewhere else that 5G can make a difference in the future is in factories. Robots can communicate their tasks to each other and perform them efficiently via a 5G network. Farms can also benefit from 5G network via drones that use sensors to sort plants, pick them, and water them without any manpower.

Another major future change will be in the medical field. 5G can power robots that can be controlled in real time. This means that a surgeon can be on the other side of the world performing surgery in real time via a robot.

The Invention of 5G Is Upon Us

Companies are understanding the revolution that 5G is bringing to our world. Many companies have already spent billions of dollars to set up their networks to not be left behind.

Now that you have learned the difference between 4G and 5G you will probably begin to notice more mobile carriers and other companies advertising and boasting about their 5G capabilities. Before we know it, 4G will be a thing of the past and 5G will be widely spread. Because so many of us rely on our cellphones, and other data-driven mobile devices, having lightning speed data is going to be the new normal and, with it, the next technological evolution.

Looking for professionals that are always evolving with technology? Contact us today to help you develop custom software for your business. We are happy to consult on any idea or project you might have. 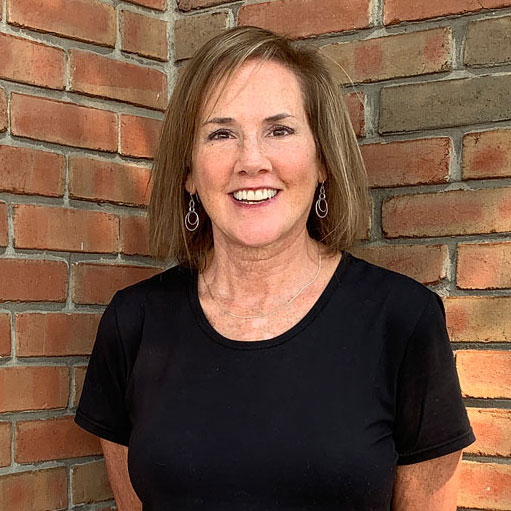 Dea has 25+ years of experience in Project Management, Client Service and Marketing and uses all of her skills in these areas in her role at Envative.  She enjoys the variety and challenges that come with seeing a project through to fruition. Dea’s expertise in communication, analytics and creative thinking have resulted in proven success for clients across a wide variety of industries.